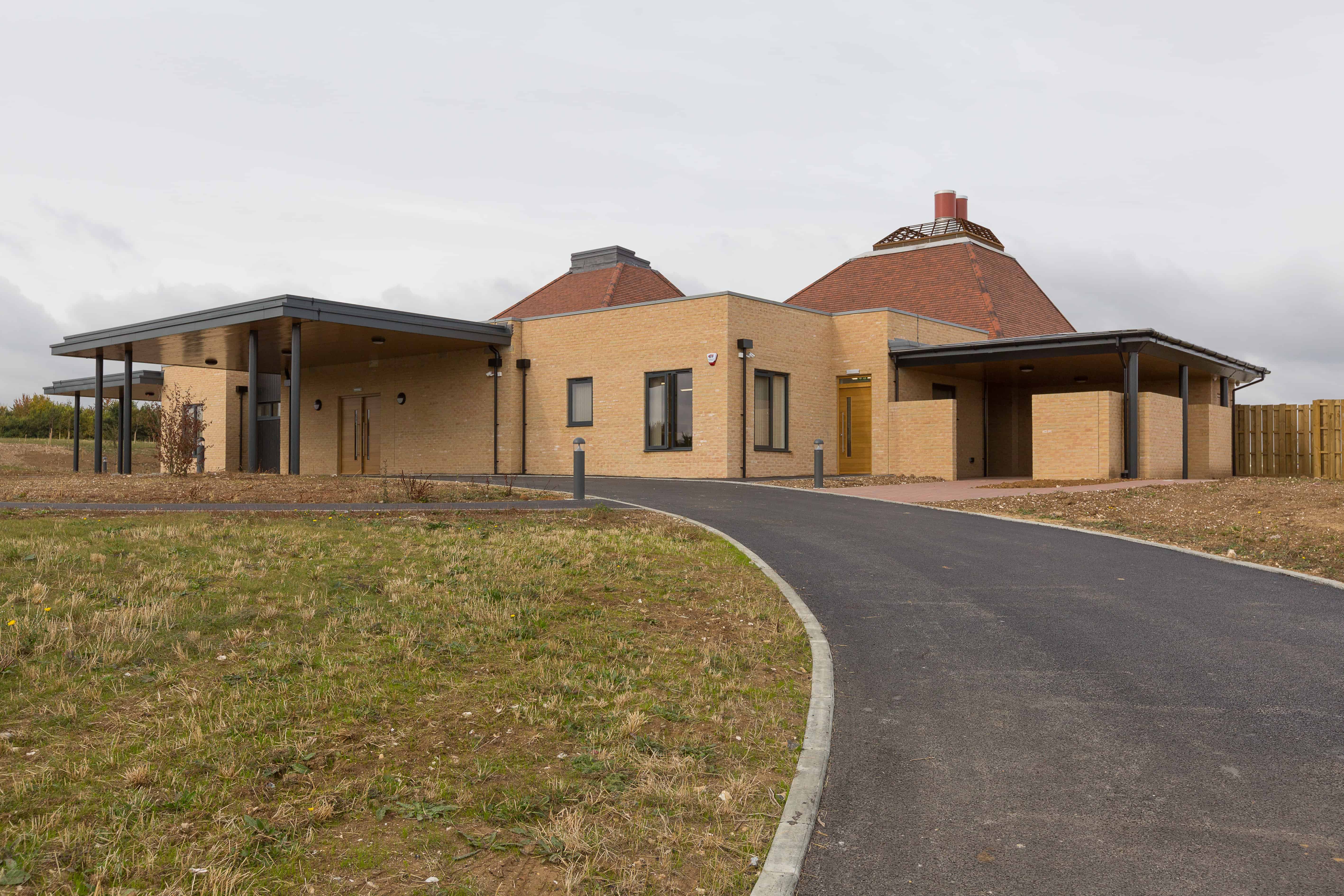 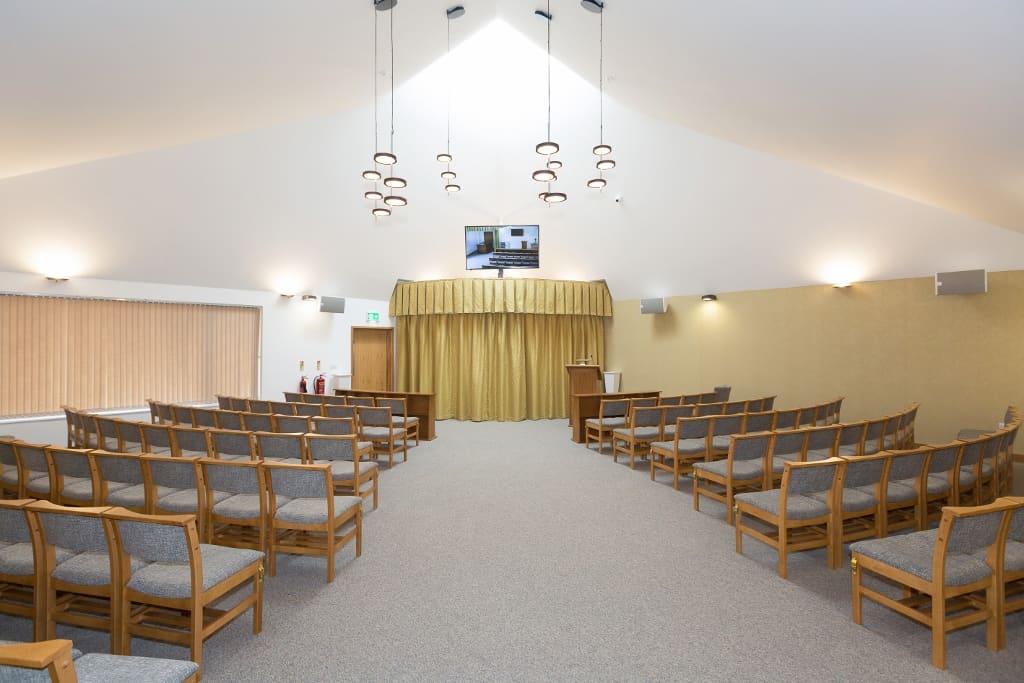 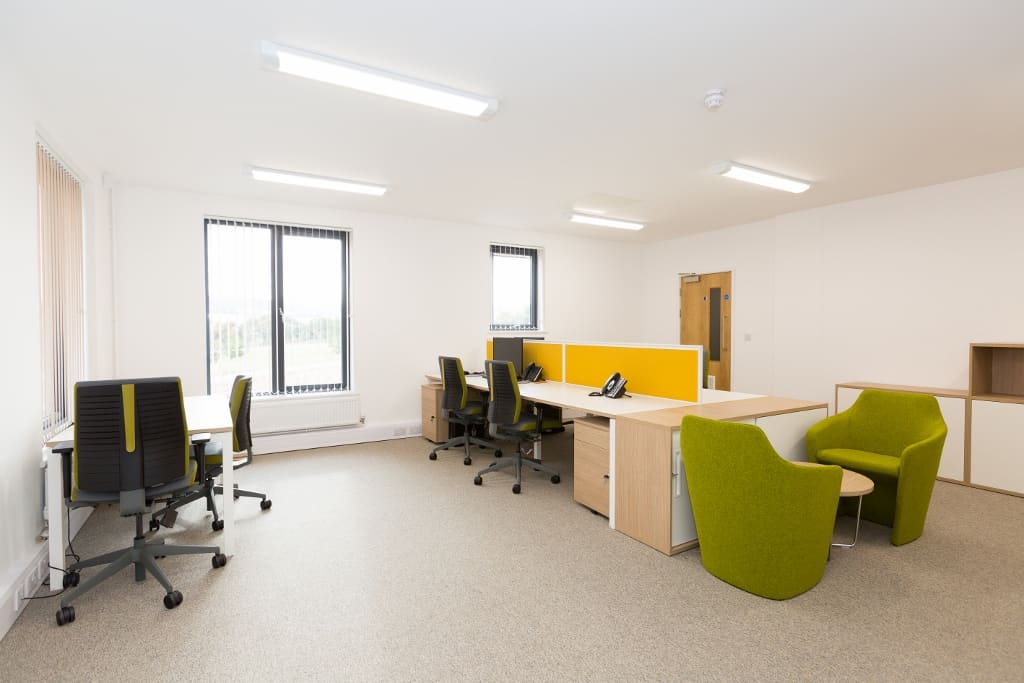 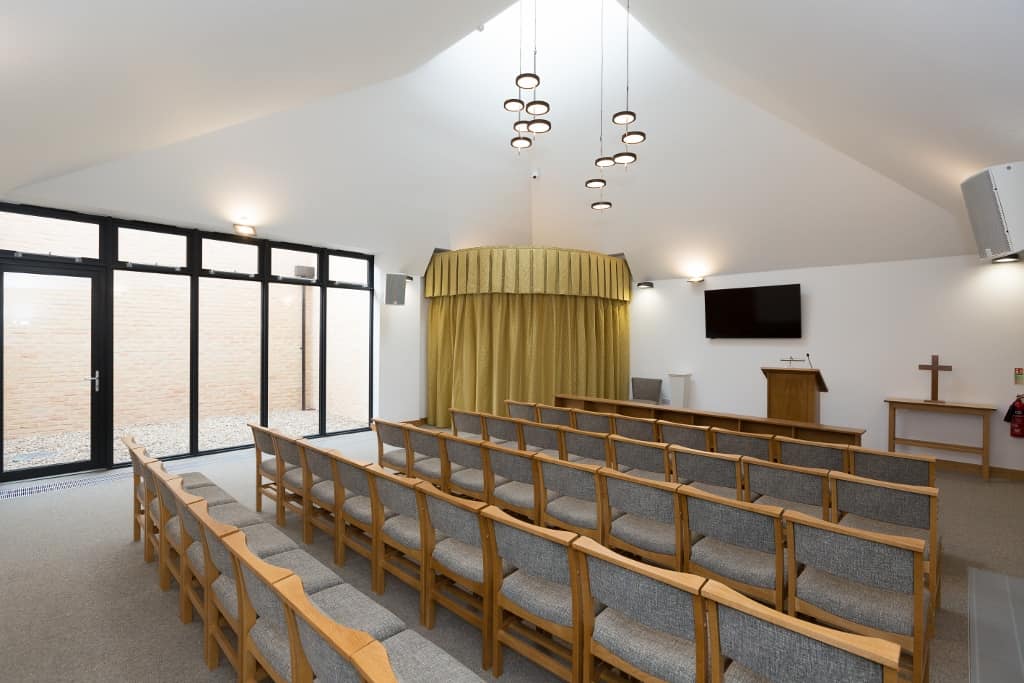 The impressive new build Gravesham Crematorium was constructed to meet the requirements of the local community and accommodate a diversity of faiths. The Crematorium hosts two chapels, crematory room, waiting lounges, administration offices and a grounds building. Set in 11 hectares overlooking the Thames Estuary, externally a large car park and extensive remembrance grounds have been landscaped to include gardens and ponds.

With the client’s budget limited, the Baxall team played a proactive role in value engineering, offering alternative proposals and advice, such as the early stage redesign of the toilet and administration areas. Another proposal was the construction of the large car park and overspill parking areas at the outset so as to create a suitable hard standing area for all contractor facilities, parking and deliveries. With works commencing during the winter period, this eliminated the issue of excessive mud or localised flooding and enabled all deliveries to arrive, unload and depart in a smooth and efficient manner.

Challenges on the project included the presence of two high pressure gas mains running through the site and the presence of overhead power lines; as such early stage and ongoing liaison with the utility companies was imperative to mitigate any safety compromises and to minimise impact on the works programme.

Regular meetings were held with the client and design team throughout the project as a means to ensure that end-user requirements were fully understood and translated into the build process.

From the outset, stakeholder liaison was promoted through visits and letterdrops by the Site Manager to the neighbouring Church and residents to advise of the works programme and likely disruption. Open communication was maintained throughout with an ‘open door’ policy, the issue of newsletters and creation of a bespoke Twitter account as a means to keep the community informed of progress (and enable feedback to be received).

Students from nearby North West Kent College and the Church were invited to visit the site and the project generated four apprentice placements in addition to a work experience placement for a local student interested in bricklaying.

Successfully completed to time and budget, the Site Manager maintained a weekly presence on site post-handover to provide support to the Crematorium Manager and oversee additional minor works (in line with Baxall’s commitment to soft landings). The Crematorium was formally opened with a ceremony attended by the Mayor, local faith group representatives, the Baxall project team and members of the community.