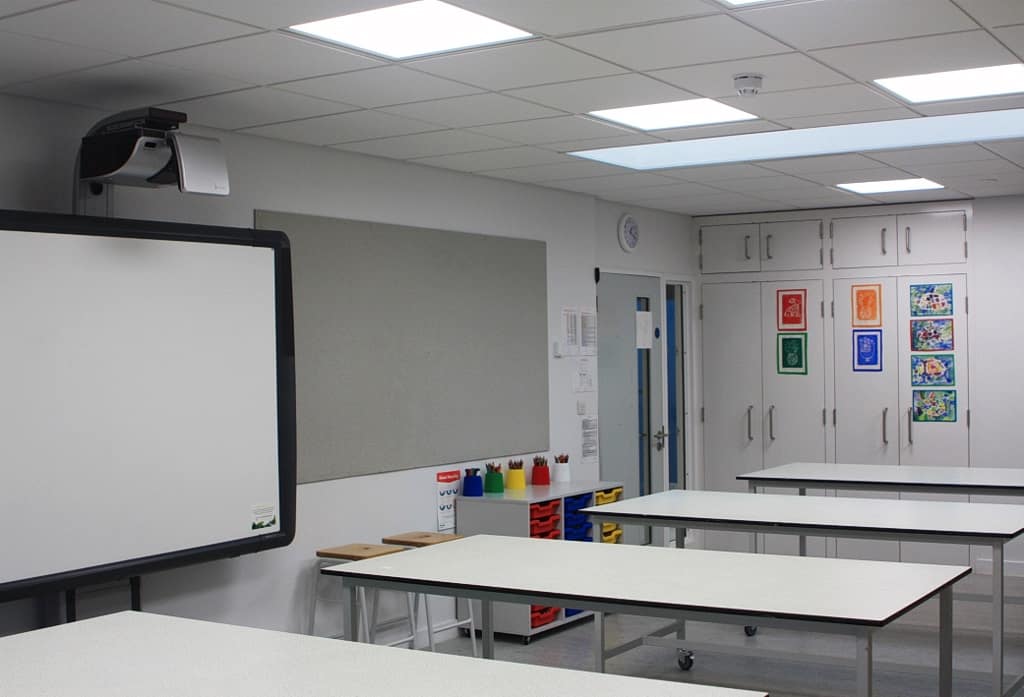 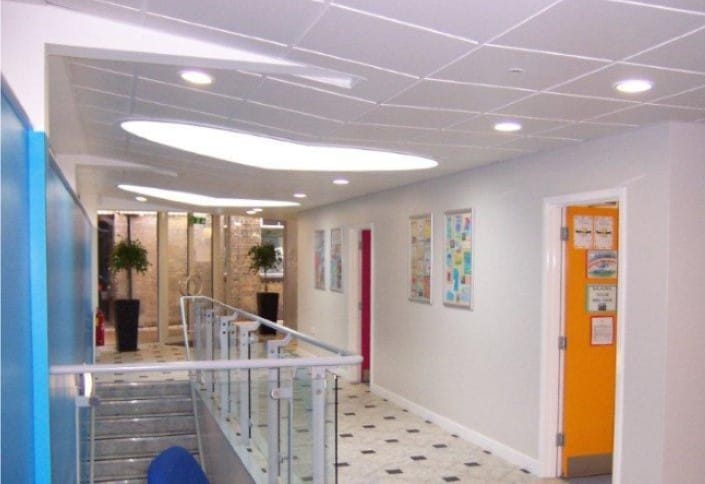 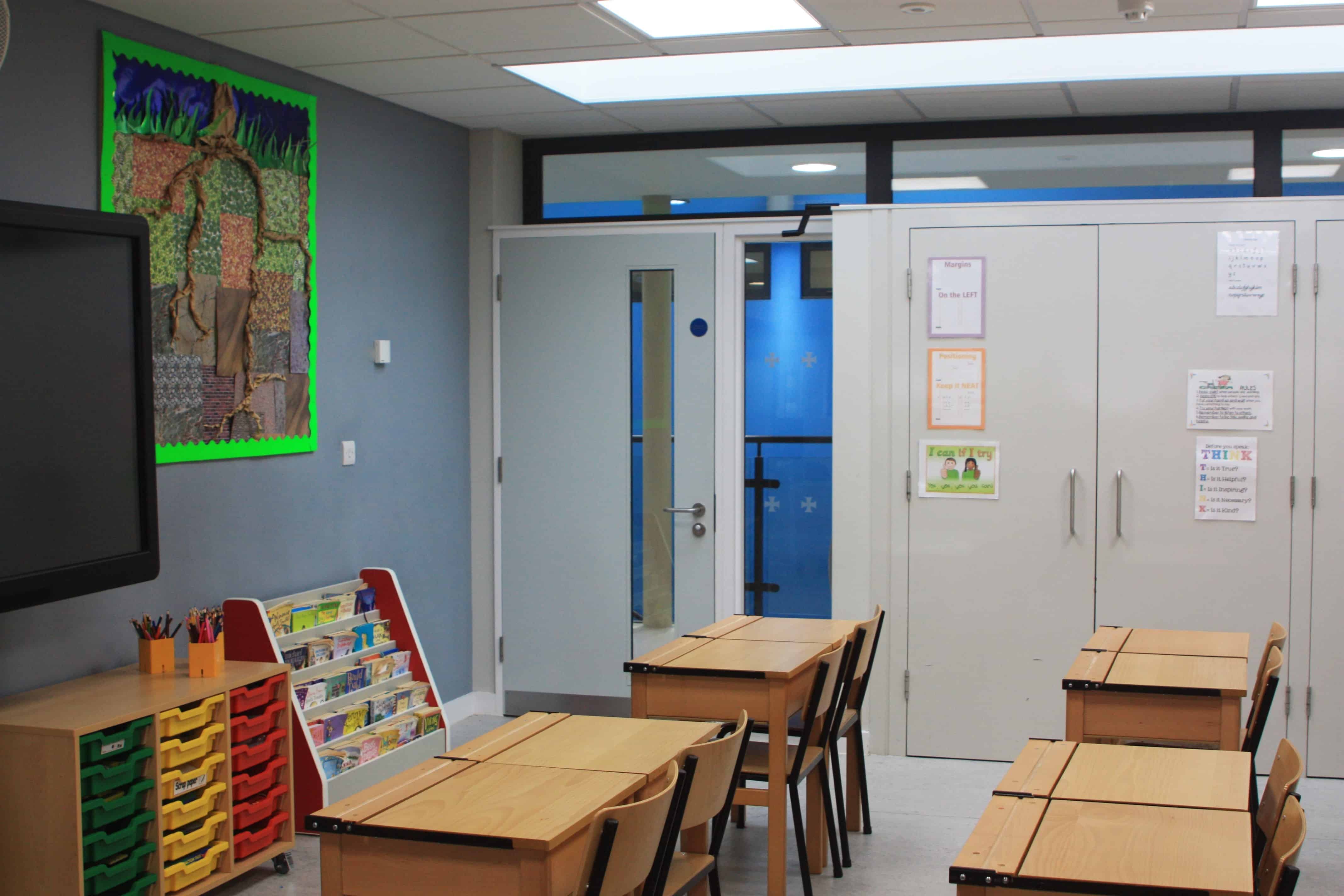 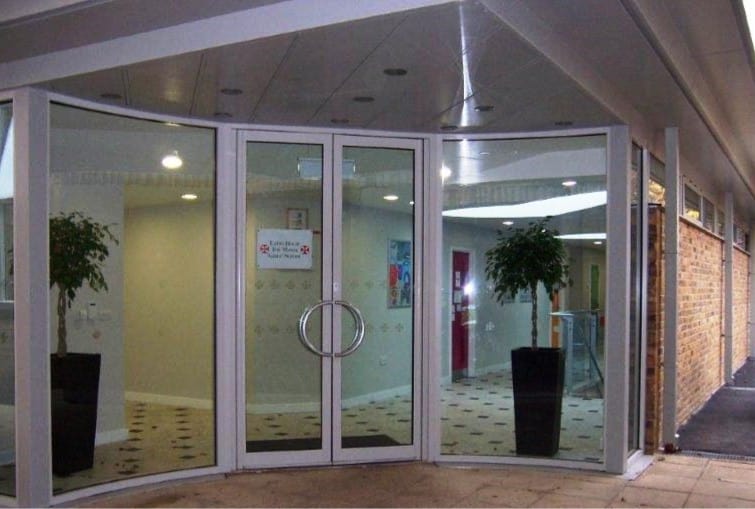 Following the successful completion of several projects for The Eaton House Group of Schools, Baxall were awarded this 18 month contract to build a new girls school in the centre of the existing grounds at the Clapham Common Northside site. The old Headmasters house was to be demolished and a new school facility built across three floors housing ten classrooms, IT suites, Headmistress, staff and administration accommodation, toilet facilities, gym, plant room and new external play area.

The site of the development proved to be an extreme logistical challenge as the existing Headmasters house was landlocked in the centre of the boys school. The only access route was via a 6ft wide alleyway which made it impossible to transfer materials and machinery while the site itself, gave no space for storage and site accommodation.

Working closely with the team of preferred sub-contractors, various options were explored. Giving consideration to the occupied nature of the school, a solution had to be developed that not only enabled the efficient progression of the works, but maintained exceptional levels of safety and minimal disruption. Three conveyer belts were subsequently installed to remove the debris from demolition and transfer in materials and equipment. The most viable route for these was from the school entrance and through part of the school library. A temporary acoustic partition solution enabled the library to remain operational, the only difference being a slight reduction in its size which went unnoticed to staff and pupils.

Conveying larger and heavier machinery such as the 5 tonne piling rig was only possible by crane. Space restrictions in the car park outside necessitated a self-erecting tower crane   although none existed in the UK to manage this exceptional weight.   The swift response of  Baxall’s suppliers enabled the import of a specialist model (the first of its kind to be brought into the UK) in time to carry out the transition during the school vacation period. In a similar vein, all deliveries were diverted to weekends and school holidays, when they could be craned in without safety or disruption compromises to the school users.

The Contract Manager and Site Managers managed the project and its complex challenges with paramount concern and awareness of the surrounding environment and people. From the early project stages, staff, residents and parents were kept fully informed and updated through letter drops, newsletters, website updates and PTA meetings. School safety talks and competitions were held with pupils and support provided to student projects. Access routes across the building site were created and personal protective equipment issued to the parents of prospective students as the Contract Manager hosted site tours to introduce the new facility.

With timescales restrictive, it was imperative that the project was completed for the influx of new pupils in the Autumn term. A contingency plan was put into place although never used; the precision management and dedication of the Baxall team ensured that deadlines, budgets and quality were all met, culminating in the Considerate Constructor award for Performance Beyond Compliance.