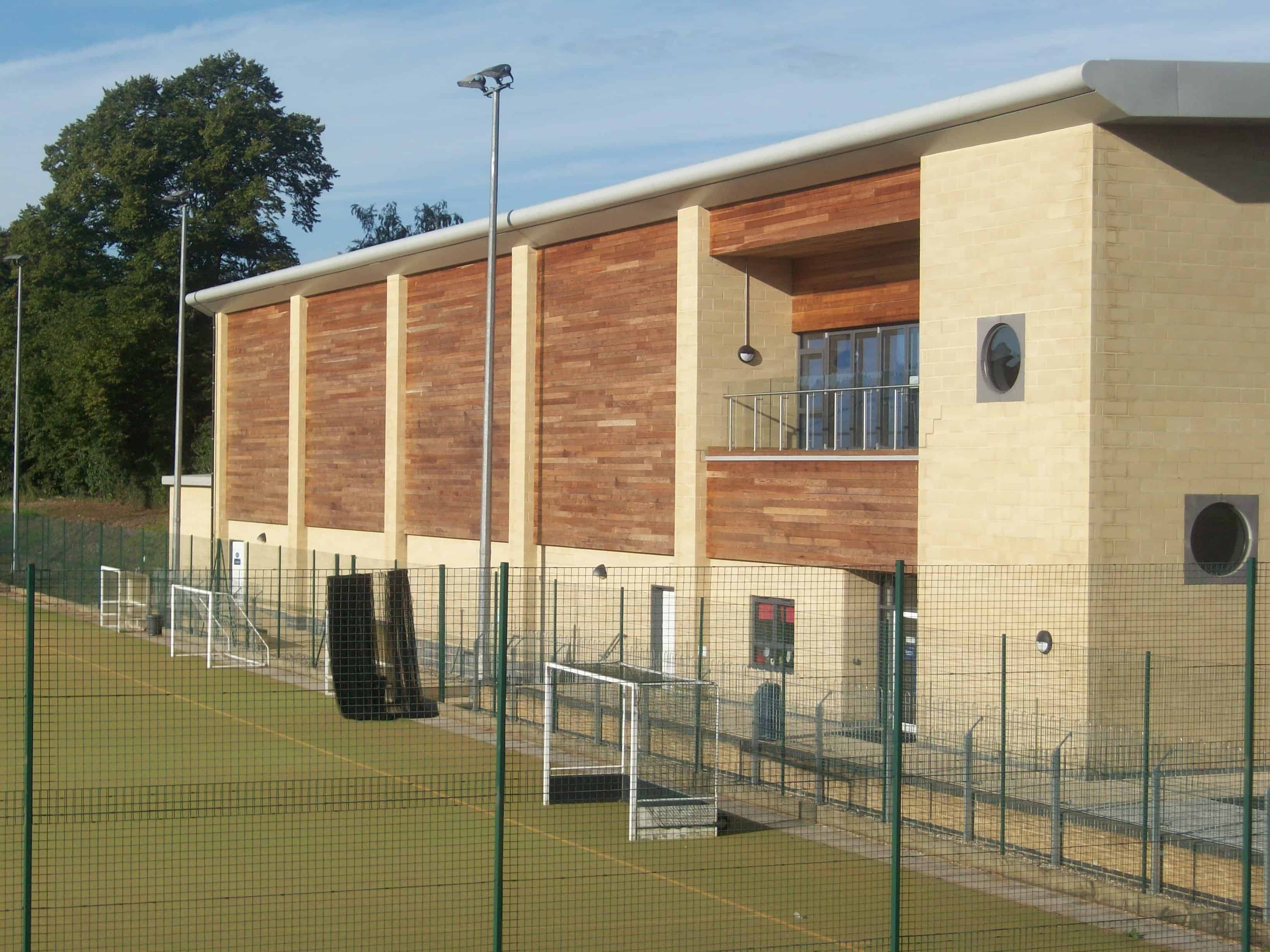 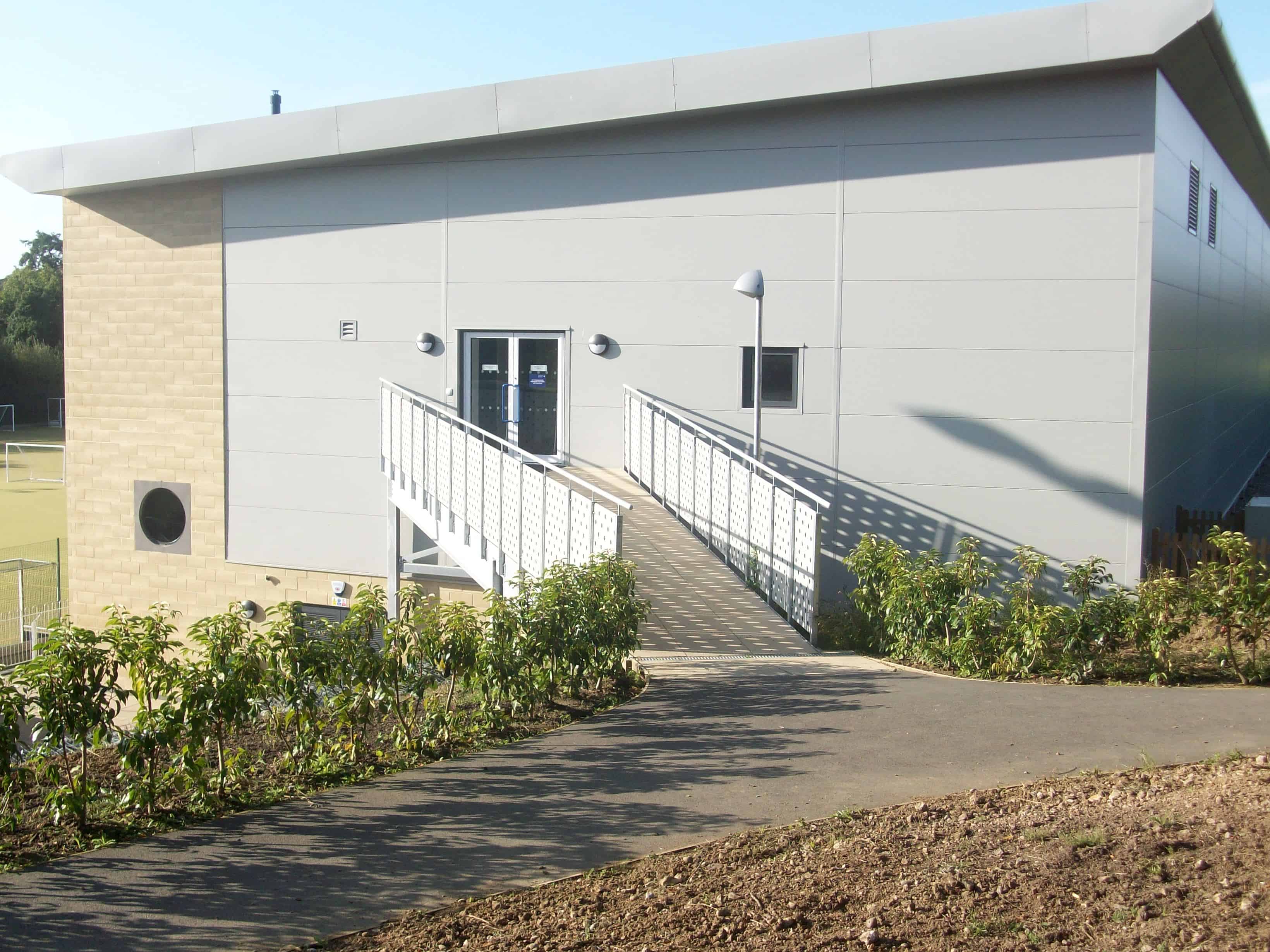 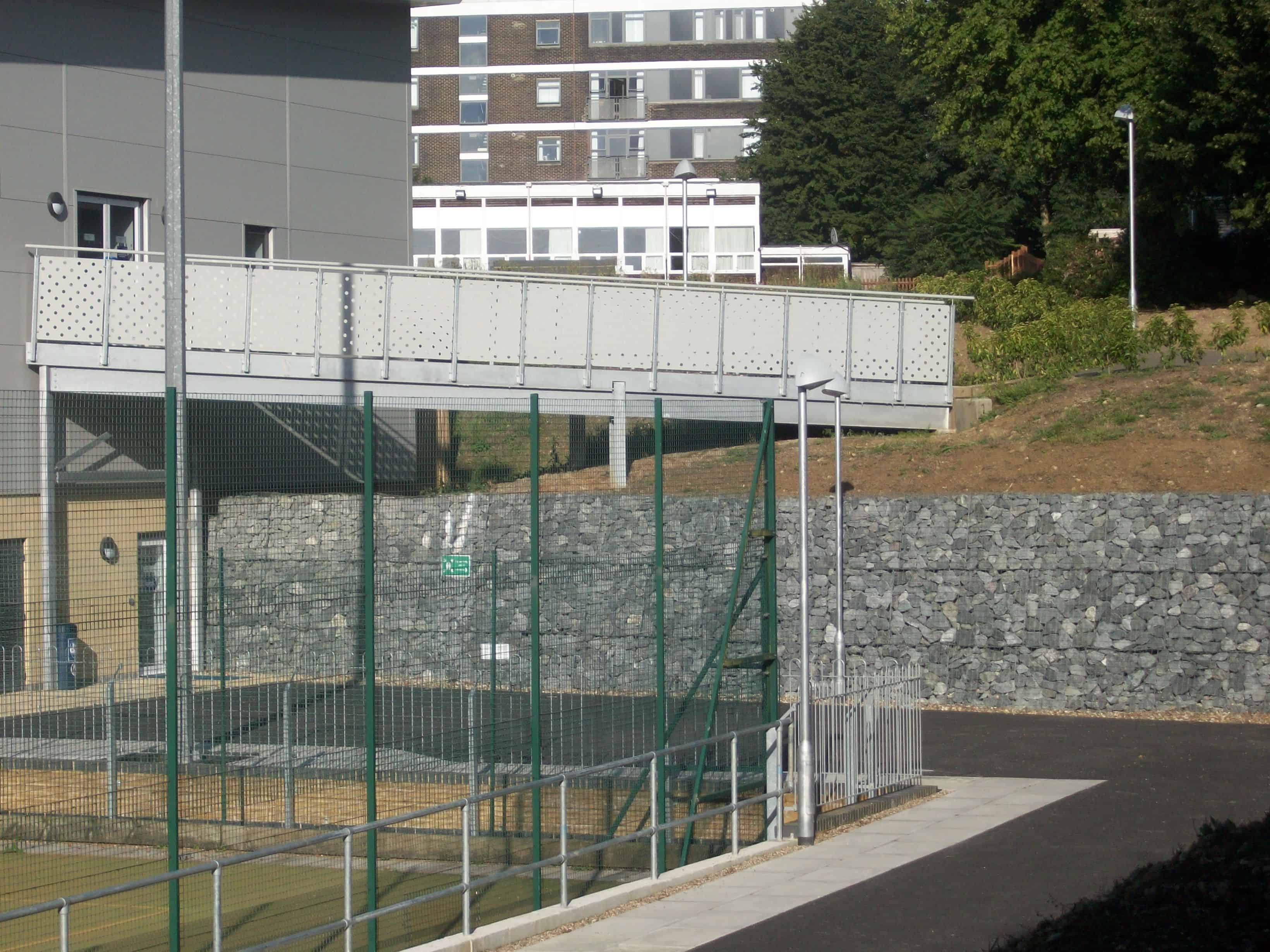 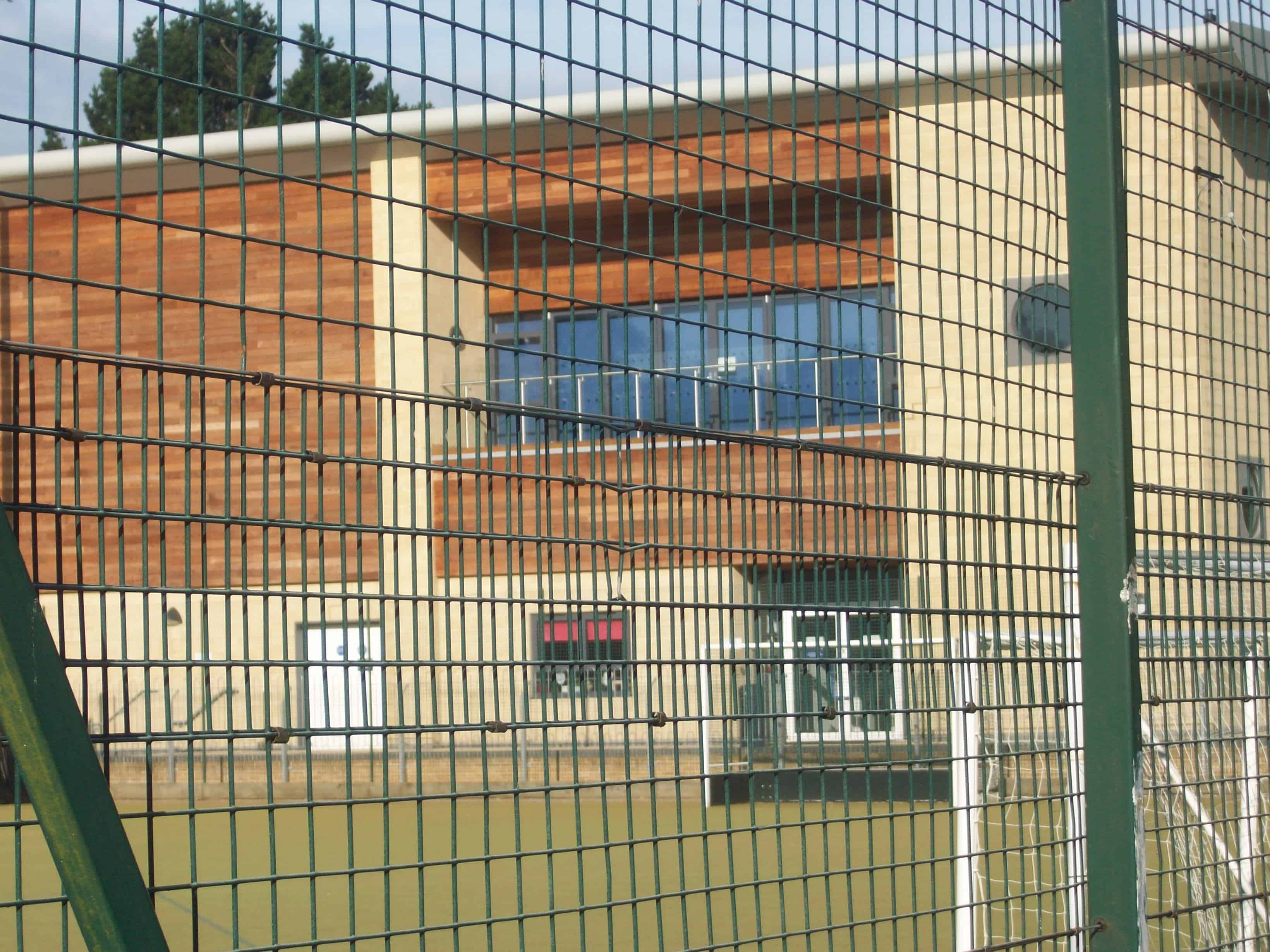 Following the successful delivery of a number of contracts for long-term client Ashford School, including the £5m BREEAM new teaching block, kitchen, assembly hall and auditorium, Baxall were selected to undertake this recent development. The project scope encompassed the design and build of a new 2 storey sports hall facility with curved mono-pitch roof including changing rooms, staff offices and administration accommodation in addition to external landscaping, tarmacing and the laying of astro-turf pitches.

From the early stages of design and planning, it became apparent that a number of challenges existed on the project, all of which needed to be analysed and accounted for giving consideration to the extremely tight budget. One of the key concerns was the location of the site, sandwiched   in-between two high-raised grass banks with restricted access and limited space for storage.   This necessitated precision planning with regard to site deliveries, utilising a ‘just-in-time’ approach to procurement and additional safety measures to segregate the works area and access from the school car park.

The design itself involved construction over two elevations and included cutting into the banks which meant that major excavation and trench works needed to take place. The ground conditions proved extremely difficult as the team were faced with unforeseen large underground boulders which, when removed, created larger trenches than required for the foundations. Another unforeseen problem was ground water as the excavations opened up a number of underground springs which ran full bore.

Stabilisation of the ground in these conditions was particularly challenging as the Autumn period delivered an exceptionally long spell of rain culminating in unavoidable delays to the programme.

The Baxall team and supply chain worked relentlessly to contain and resolve the problems, value engineering best solutions and working out of hours to minimise delays. A solution was found utilising additional drainage systems above and beyond the drainage barriers to effectively divert the numerous spring watercourses away from the site and extensive pumping to remove the surface water. All boulders removed were broken down and recycled for use as hardcore.

Another challenge was the safe transfer and installation of the 17 metre roof sheets while the school remained occupied. Working with the supply chain, a solution was delivered over the course of a weekend which included the set up of a tower crane (one of the largest in the UK) and the delivery of the roof sheets via specialist articulated lorries. All sub-contractors worked over the weekend to complete these extensive works with zero compromise to safety.

Despite the numerous challenges on the contract and extreme working conditions, the Baxall team, designers and supply chain pulled together to deliver the new school facility safely and to BREEAM standards.