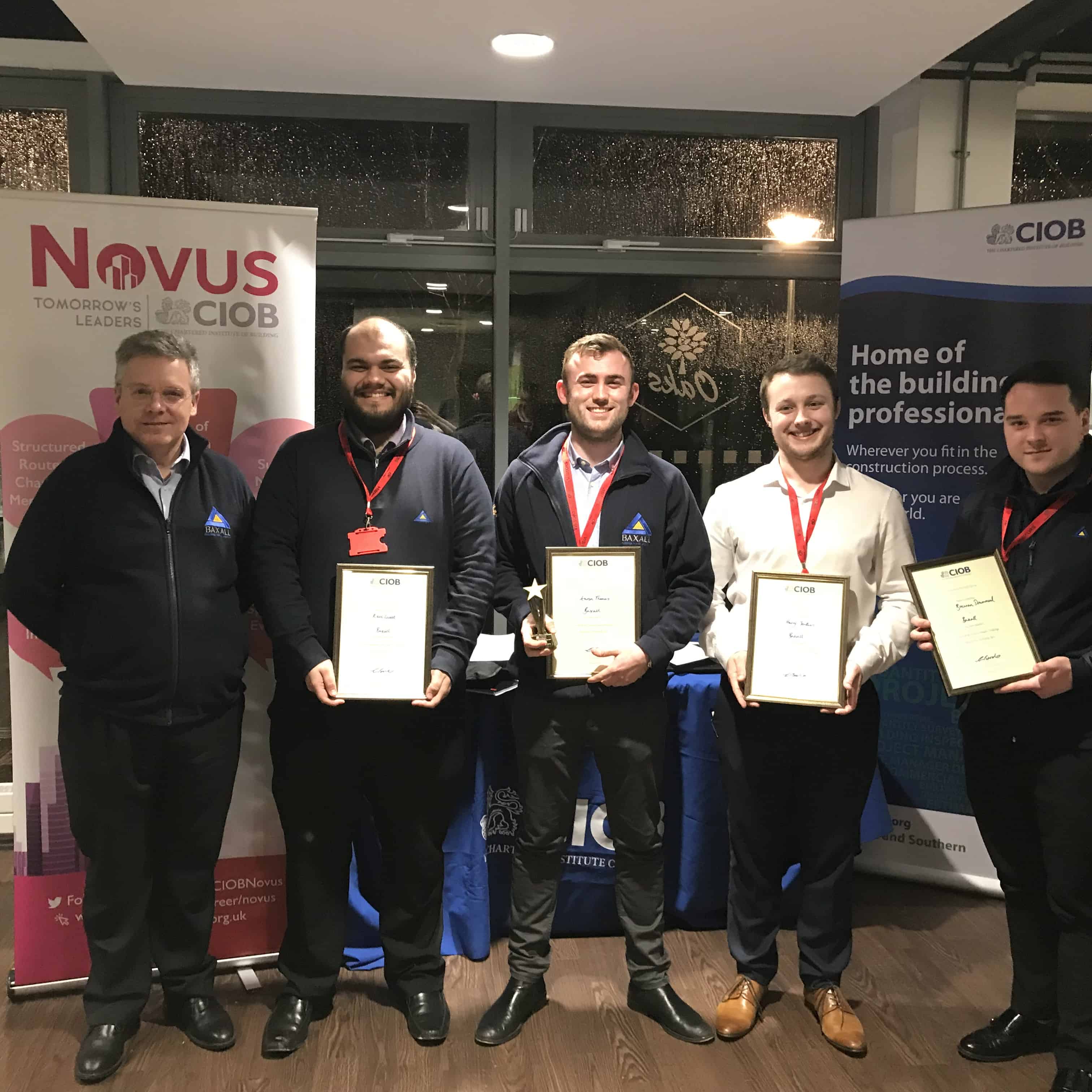 A big well done to Kane Levett, Aaron Thomas, Harry Jenkins and Brennan Drummond from the Baxall Academy who brought home the trophy from the recent Novus CIOB Challenge. Up against 8 other teams, they were set a number of challenges including preparing a proposal for a sustainable theoretical project in London by the Thames. The team delivered their proposal in a 5 minute presentation which related to the features of their development followed by a general knowledge quiz.

Hosted at West Kent College, the evening was judged by senior people within the construction industry and there was tough competition from other contractors, the Army and local colleges. The team have now been invited to the next round which is being held in March. Good luck!