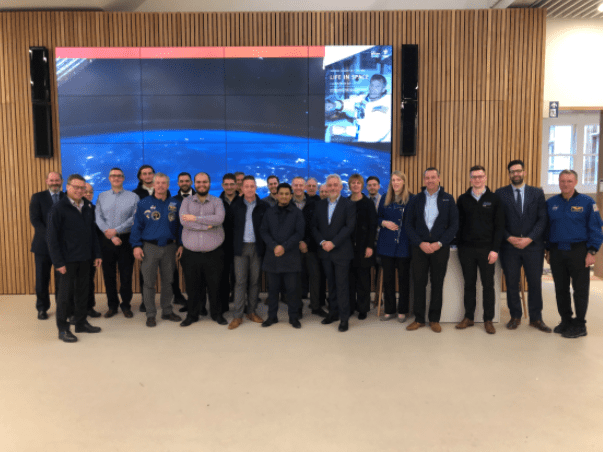 The outstanding new Barton Science Centre at Tonbridge School has been formally opened with NASA astronauts Dr Michael Foale CBE and Dr Steve Swanson taking centre stage. Delivery Team 1 attended the opening of the new Centre alongside 200 specially invited guests. In his welcome address, Headmaster James Priory described the Barton Science Centre as “an extraordinary and beautiful building which is already inspiring innovative approaches to teaching and learning, and becoming a hub for science education in the wider community”.

The Barton Science Centre combines the original Victorian architecture with a magnificent new extension, state-of-the-art classrooms and latest technology.  The Centre has been named after Sir Derek Barton, an organic chemist who was awarded the Nobel Prize for Chemistry in 1969, and several of the school’s most notable scientists have also been honoured in the naming of laboratories and libraries.